Cassandra Blizzard is one of the world’s most detailed psychic mediums. She is internationally known for her evidential mediumship skills as well as her psychic abilities, with clients on nearly every continent. She is also an accomplished, award-winning author, with over 30 novels to her credit. She has been writing since the age of 15 and has published numerous short stories, articles, and books. In the realm of mediumship, Cassandra is known for her accuracy and compassionate readings. When it comes to her writing career, she is known for her skills in hopping genres. She has written in nearly every genre, including romance, mystery, thriller, science fiction, and mainstream. She has recently added to her list of writing accomplishments with a spiritual non-fiction series, the first of which is titled Seven Years of Surrender. In fiction, she writes page turning novels that keep readers avidly engaged. Cassandra’s non-fiction series, which debuts in late 2011, promises to be an eye-opening series of revelatory books designed to broaden the reader’s understanding of the soul and the spiritual realm.

Let’s see what Cassandra has to say during this Q and A session below.

Sheila: “Cassandra, you have been known to say that you didn’t want to be a professional psychic. We know that you started reading for the public at the age of 16, but you kept quitting and trying to live a ‘normal’ life. What made you turn to mediumship as a career?”

Cassandra: “Well, to a large degree, this is answered in my book Seven Years of Surrender, which will debut in late 2011. Seven Years of Surrender is the beginning of my spiritual series. But, in short, I sort of had to face myself. I had to accept who I was and what I could do. My life path is to assist people in understanding themselves in a fuller way than just this physical, tangible vehicle that we roam around in, and in understanding themselves at the core, to build and live a better life. An easier life. So, my soul put me in a position that I had no choice but to accept this life path, and to learn and grow myself. It was an awakening, an experience that was both tragic and amazing.”

Sheila: “You’ve been called the best of the best when it comes to mediums. It must have been difficult to try and turn your back on that and just focus on being a writer. Why didn’t you blend those two careers earlier in life?”

Cassandra: “I spent so much time building a career as a fiction writer just because I love creating the characters and the adventures. I had considered working on non-fiction but the timing wasn’t right, and I wasn’t ready for it. I had to grow and learn and experience so that my understanding was expanded before I could fully present these concepts in a cohesive way. Being psychic was a huge part of me since birth. It was always there. Whereas writing was hard work. Writing a novel made me feel like I had achieved something. Since the age of 15, I wanted to be a published author writing fictional tales that would take the reader on an intriguing journey. So, being psychic was just being me, but being a writer was an adventurous creative endeavor. Writing a non-fiction series was always on the back burner, because I loved writing fiction. But years later, a non-fiction series became more intriguing to me. I didn’t want to write the same thing that other spiritual or metaphysical books presented, however. So, this series is very different. At times it will be like tough-love, it may seem harsh, and at other times it will be like a beautiful musical score that just resonates deep within. I know that everyone who reads it will be able to learn from it.”

Sheila: “When did the change really come for you, about writing this series?”

Cassandra: “After I finished my book Broken, I had about 25 fiction titles lined up facing me. That means, over the years, I’d written notes on 25 more books to write on top of the 33 that I had already written. That’s a lot of work. It was just a matter of choosing which one I would write next. But something in me had changed dramatically. I was sick of the publishing industry and the whole bit, writing fiction wasn’t satisfying to me anymore, and I wanted to do something different. I wanted to do something meaningful. I’ve always wanted to change the world, so to speak, make things better. I figured if I can’t write something meaningful then I just won’t write at all. It took years before I finally settled on writing about those Seven Years, and a few years more before I decided to continue that into a series and write about these deeper spiritual things. But I feel compelled now to write it.”

Sheila: “How many books will be in this spiritual series?”

Cassandra: “Knowing me, a whole bunch. I have four lined up at the moment, starting with Seven Years of Surrender.”

Sheila: “You have been known to say that you were terrified of writing Seven Years of Surrender. Why is that?”

Cassandra: “It’s very personal. I didn’t hold anything back. There is a lot in the book that puts me in a vulnerable position. It takes guts to lay yourself bare like that. But I knew it was important for people to understand that I have been at the bottom. I understand what that feels like. And it was important for me to present the importance of having faith and trusting in your soul.”

Sheila: “What is your favorite thing about writing?”

Sheila: “I hope everyone reads this series. I’ve read Seven Years of Surrender, it’s a riveting story, and I’ve had a sneak peak at your next book. Trust me, folks, this books series will be worth your time. If you’ve ever had questions about the soul, Cassandra answers those questions. If you want to know how to make positive changes in your life, Cassandra answers that. Cassandra, how long will it take for this entire series to be written, finished, and available.”

Cassandra: “Well, writing is time-consuming and publishing is slow, so I estimate that the next book in the series will be out hopefully in late 2012. Followed by the next one, and the next one.”

Sheila: “So, anyone who reads Seven Years of Surrender can just keep an eye on the website here for updates on the new books.” 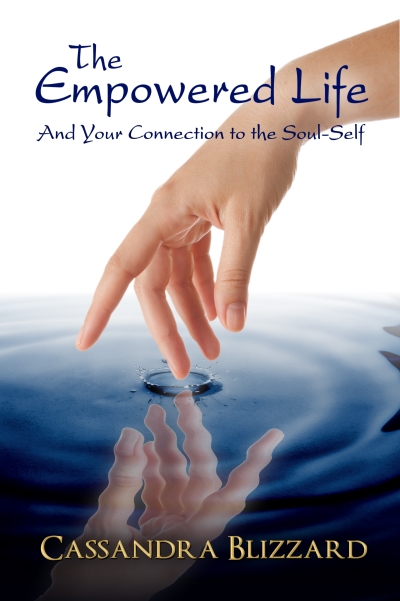 Due to COVID, we are unable to schedule appointments for Cassandra. Please check back in the future.